To the tune of the Ballad of Jed Clampett

For all the American farmers working through their  Fourth of July Weekend and having to continually endure the closed-minded prejudice of the organic food industry lobby. 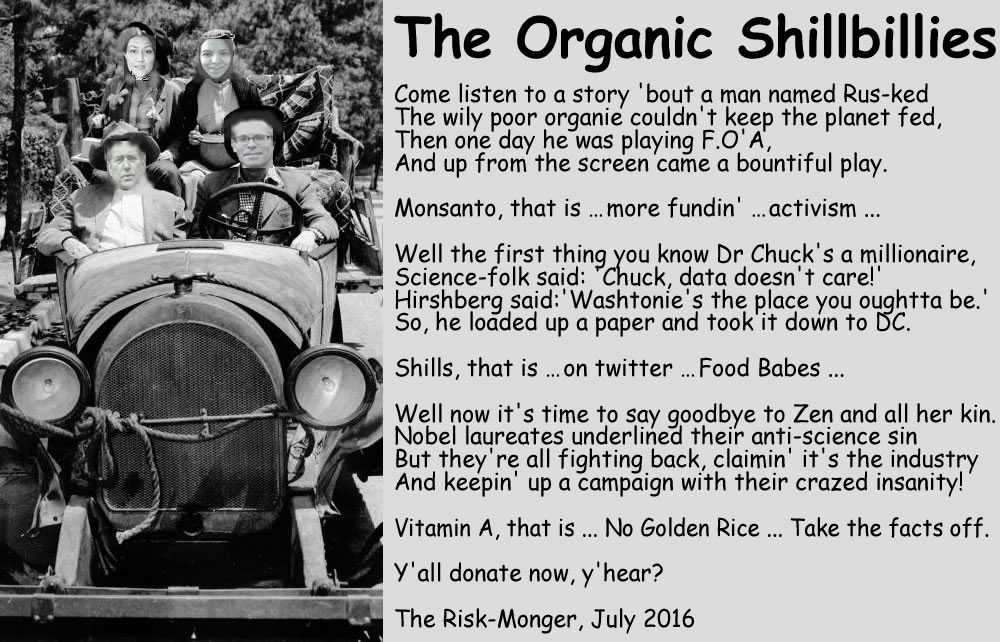 Come listen to a story ’bout a man named Rus-ked
The wily poor organie couldn’t keep the planet fed,
Then one day he was playing F.O’A,
And up from the screen came a bountiful play.

Monsanto, that is … more fundin’ … activism …

Well the first thing you know Dr Chuck’s a millionaire,
Science-folk said: ‘Chuck, data doesn’t care!’
Hirshberg said:’Washtonie’s the place you oughtta be.’
So, he loaded up a paper and took it down to DC.

Well now it’s time to say goodbye to Zen and all her kin.
Nobel laureates underlined their anti-science sin
But they’re all fighting back, claimin’ it’s the industry
And keepin’ up a campaign with their crazed insanity!

Vitamin A, that is … No Golden Rice … Take the facts off.